The Park View Patriots got their second win of the season against the Loudoun County Raiders on October 10, with a final score of 16-14. Park View got the first score of the game on a defensive touchdown late in the first quarter. The Patriots have drastically improved their play over the last few weeks; they were shut out by their last two opponents before the Loudoun County game.

“Our defense stepped up, everybody stepped up. We got better as team. I think even since last game, we’ve stepped up a lot,” said wide receiver Zech Hendi.

“We have leaned on our run game this year. Over the past couple of weeks, the passing game has started to take shape and has improved our overall offensive output,” said Head Coach Josh Wild.

About half of Park View’s football team has never played football before, including both quarterbacks on the roster. The quarterback position is one of the most difficult position in sports because they must examine the entire field quickly.

“Quarterback is a difficult position to play as there are many things going on around you.  Both Patrick Ryan and Brody Cantwell have had their ups and downs throughout the season,” said Wild.

Another part of the Patriots success can be accounted to working on passing plays more at practice.

“The reason we rely on the run is because we have to work on passing plays more often at practice,” said quarterback Patrick Ryan. 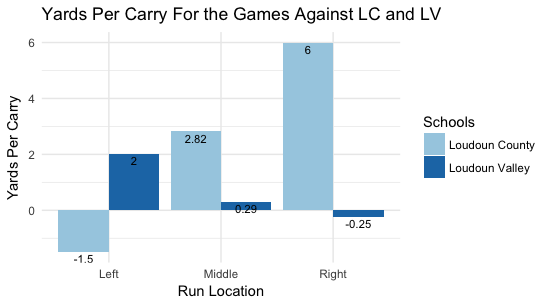 There was a big change in the team’s overall performance, and it seemed to stem from the defensive side of the ball. They forced more punts, got to the quarterback, and forced turnovers.

“I think our defense has strengthened a lot from past games to now, because we had better coverage than we did in previous games, especially outside zone,” said Ryan.

Some of the Patriots improvements are not easily seen just from watching the game. They have improved their maturity and team chemistry.

“Most notably over the past two weeks we have seen growth in our maturity. Overall, I am proud of this group for their continued effort positive attitude and look forward to our continued improvement.  The guys really have become much closer as brothers,” said Wild.